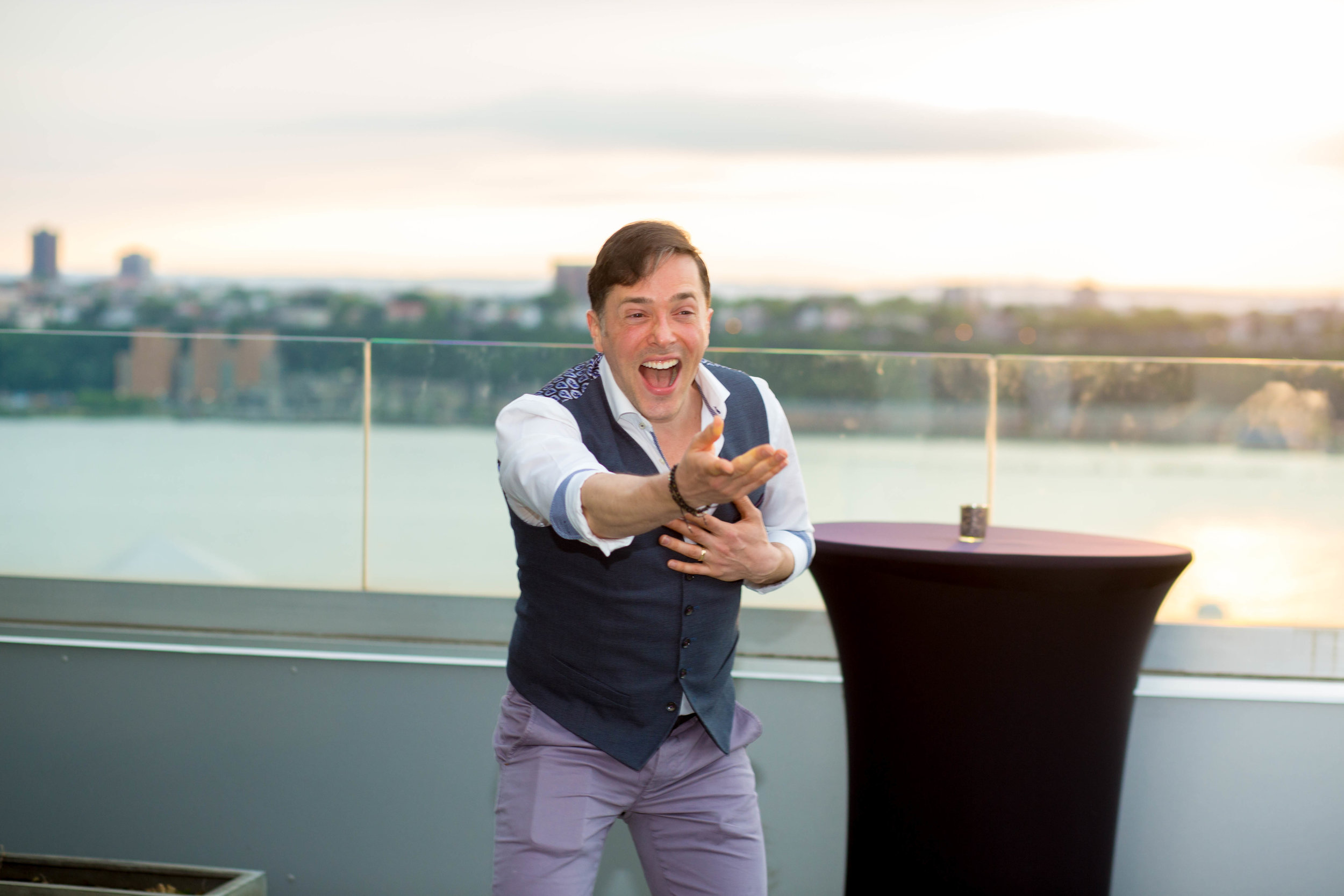 “May the world treat you the way you treat the world.”

Spoken by Yuval‘s mother Ziva Cohen, these words already seem to be coming true. To say that Yuval is loved is an understatement. And clearly, that love is a direct response to what he puts into the world.

Yuval’s surprise Birthday party at the picturesque rooftop of ink48 was put together with love by his husband Mark. (You may remember the two from their flash-mob marriage proposal that went viral a few years ago!) Over a hundred of their closest friends and family surprised the birthday boy (he was very, very surprised), and I couldn’t help but notice how much laughter there was throughout the night. Planner Jason Mitchell Kahn arranged an awe-inspiring magician Magic Mike and a perfectly tuned-in DJ Colleen Crumbcake from Sugartown Industries. The night was a blast!

Yuval, your energy is infectious, and it’s no surprise that your party was full of radiantly joyful people. Mark, you put together a glorious party that was worthy of the birthday boy. I wish you two many more years of love and laughs. Happy Birthday Yuval! Do you feel the love?

I know it can feel scary, but I promise you won't be locked into anything, and it will be fun to connect.

If you like what you're seeing and are curious to know more, I'm just a quick message away.

We cannot sing the praises of David Perlman enough. Most importantly he made us feel at ease during the entire day (and really the entire planning process). You can see it in our photos how comfortable we felt around him, sharing a very intimate and special day. We’re very lucky that we choose him as we not only have amazing images (and album) from our wedding, but also a new friend. - Evan S.